Sri Lanka Squash (SLS) is geared to serve the country’s squash game in many ways and Yardley is proud to be a sponsor for the National squash championship and help Sri Lanka Squash achieve further success.

Officially appointed to be the perfumers for the Royal family earning royal warrants along the way, Yardley has taken a great synergetic initiative by supporting the Royal College Swimming squad recently. A true Gentleman faces challenges, inspires others and plays by the rules. Yardley proudly supports Sri Lanka Squash in the spirit of sport. 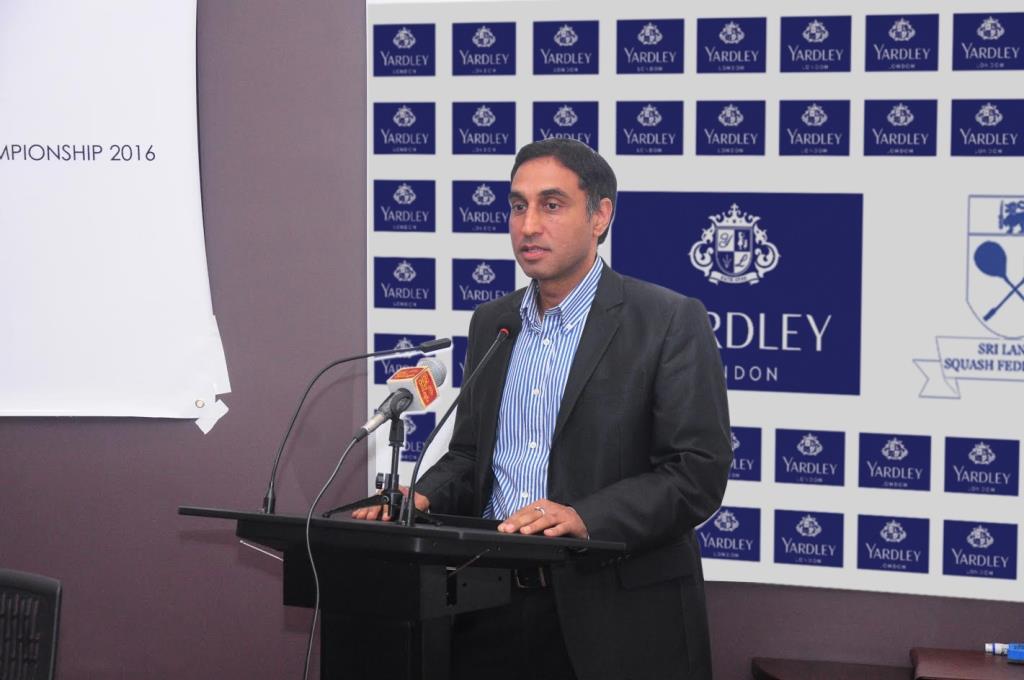 Mr.Ravi Katoch-Country Manager is addressing the gathering at the press conference held at Colombo Swimming club.

Designed by Lit Solutions
Back to top